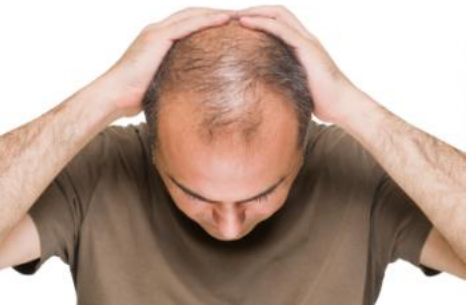 Despite years of focused research, the etiology of this condition still holds many mysteries.
One of the molecules that seems to be intimately linked with male pattern baldness is dihydrotestosterone

Dihydrotestosterone (DHT) is a derivative or by-product of testosterone. Testosterone converts to DHT with the aid of the enzyme Type II 5-alpha-reductace, which is held in the hair follicle’s oil glands. While the entire genetic process of male pattern baldness is not completely understood, scientists do know that DHT shrinks hair follicles, and that when DHT is suppressed, hair follicles continue to thrive. Hair follicles that are sensitive to DHT must be exposed to the hormone for a prolonged period of time in order for the affected follicle to complete the miniaturization process. Today, with proper intervention this process can be slowed or even stopped if caught early enough.

The role of 5-alpha-reductase.

As mentioned earlier, 5-alpha-reductase (5-AR) is the enzyme responsible for converting testosterone into the much more potent androgen, DHT. If there is an increase in 5-AR in the body, there will be an increase in the amount of testosterone that is converted into DHT and consequently an increase in hair loss. There are two versions of 5-AR: type 1 and 2. Type 1 is predominantly found in sebaceous glands that produce the skin’s natural lubricant, sebum. Type 2 5-AR mostly sits within the genitourinary tract and hair follicles. Type 2 is therefore regarded as the more important of the two in the process of hair loss. The type 2 enzyme and DHT are vital in the formation of a healthy male child in utero, but their effects after birth are thought to be minimal. No processes seem to rely on either. In the disorder mentioned earlier, 5-AR deficiency, the genitals are not formed correctly. Later in life, however, there are no other discernible consequences of this lack of DHT. Tellingly, individuals with this illness never suffer from male pattern baldness. Interestingly, the role of type 1 5-AR is still a mystery. Other than its concentration in sebaceous glands, little is known about how it spends its time. 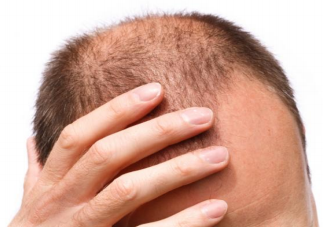 Anagen: the growth phase. Hairs remain in this phase for 2-6 years. The longer this phase lasts, the longer the hair grows. Normally around 85% of the hairs on the head are in this phase § Catagen: this phase lasts only 2 weeks and allows the follicle to renew itself
Telogen: this is the resting phase where the follicle lies dormant and can last from 1-4 months. Normally 10-15% of hairs are in this phase. Once this phase is over and anagen begins again, the existing hair is pushed out of the pore by the new growth and naturally sheds.
In MPB, follicles slowly become miniaturized and the anagen phase of the hairs is reduced. Due to the shortened growing phase, the hair’s maximum length is reduced. At the same time, the telogen phase lengthens. This cycle slowly becomes more and more weighted toward the telogen phase. Over time, the anagen phase becomes so short that the new hairs do not even peek through the surface of the skin. Added to this, telogen hair growth is less well anchored to the scalp, explaining why there is often hair loss noted during showering. Miniaturization of the follicles causes the shaft of the hair to become thinner and thinner with each cycle of growth. Eventually, normal (terminal) hairs are reduced to villus hairs. Villus hairs are the soft, light hairs that cover a baby and mostly disappear during puberty in response to androgens. 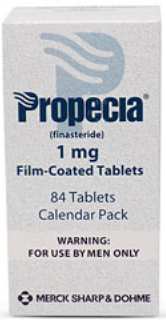 DHT is necessary for the growth of beard hair but inhibits head hair growth.
Hair on the head continually grows without the presence of DHT. However, hair in the armpit,

pubic hair and beard hair cannot grow without the presence of androgens.

Interestingly, individuals who have been castrated or have 5-AR deficiency will never suffer from male pattern baldness but will also have very little hair elsewhere on the body. DHT is entirely necessary for most hair growth but is detrimental to head hair growth.

This conundrum is yet to be explained.

DHT is thought to attach to androgen receptors on hair follicles and, through an unknown mechanism, genetically trigger the receptors to begin miniaturizing.

As evidence for this, researchers have found that both plucked follicles and skin from a balding scalp contain higher levels of DHT than those from a non-balding scalp.

Some scientists believe that male pattern baldness in any specific individual is caused by a genetically transmitted susceptibility to otherwise normal levels of circulating androgens, particularly DHT.

Science is yet to understand fully why DHT’s effects are greater in some individuals, but there are a number of possible mechanisms at work:

Increased DHT receptors at the follicle
Increased local DHT production
Increased androgen receptor sensitivity
Increased DHT being produced elsewhere in the body and arriving through circulation, perhaps via the prostate
Increased circulating testosterone that acts as a precursor for DHT
It is known that DHT binds to follicle receptors five times more avidly than testosterone. However, the amount of DHT in the scalp is tiny compared with the levels in the prostate. How levels are controlled and why they change are not yet understood.

Finasteride has been found to substantially reduce hair loss and improve growth. Male pattern baldness can have detrimental effects on the overall body image of males. As such, research into products that will curb or, better still, reverse hair loss is ongoing.One such product, approved by the US Food and Drug Administration (FDA) in 1997 is finasteride:FinasterideFinasteride (brand names: Propecia, Proscar) is a type 2-selective inhibitor of 5-AR. Studies of its efficacy have yielded impressive results. In a Phase III multi-center trial involving 1,553 participants, 1 mg of finasteride was administered daily over 5 years. The results were nothing short of impressive.6 Standardized clinical photographs were assessed by an expert panel; 48% of men treated with finasteride showed improvements in hair growth at 1 year, compared with just 7% of men receiving the placebo.These improvements continued throughout the entire study period. At the 5 year mark, 48% of men on finasteride and 6% of men on placebo were still rated as improved.
Finally, 75% of patients treated with placebo had visible worsening in scalp hair coverage by the end of the trial compared with 10% of the group treated with finasteride. The improvements, as charted by the expert panel, were also mirrored in the investigator’s hair-counting exercises. Participants in the finasteride group saw an 11% increase in the number of individual hairs at the 1 year mark. There are very few side effects (loss of libido and decrease in ejaculate in 1-3% of men), but the medication must be taken orally every day, indefinitely. If medication is stopped, the balding will continue. Finasteride is believed to act on the prostate to inhibit DHT’s production, rather than act upon the follicles themselves. Finasteride offers hope to those who wish to remain hirsute for as long as possible, but it certainly is not the final answer. Many hope to reverse hair loss more quickly and permanently. Short of surgery, this is not yet possible. Further investigation of DHT and how it influences follicles to miniaturize may one day enable scientists to finally crack the code of male pattern baldness. Perhaps the follicle’s downsizing and subsequent death will one day be reversible. For now, it is a waiting game. 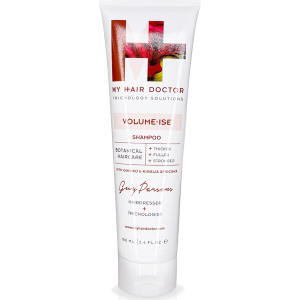 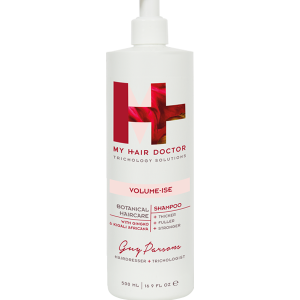 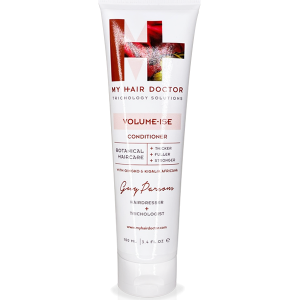