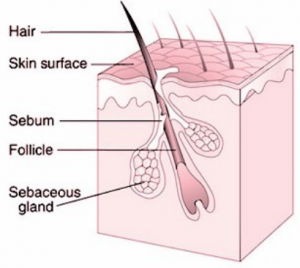 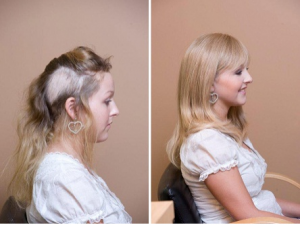 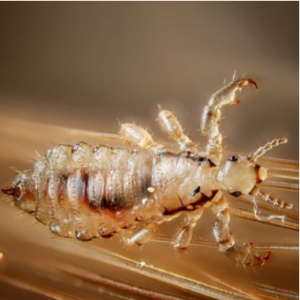 Scourge of the playground, bane of parents’ lives and cause of delighted revulsion in the classroom, head lice are a common problem: 40% of primary schools are infested with the parasite at any one time. The louse is a tough opponent, rapidly developing new immunities to our lotions and potions.

Head lice look like small, wingless bugs equipped with 3 pairs of legs designed to crawl from hair strand to hair strand. Head lice are approximately the size of a sesame seed, and vary in color from clear to reddish brown. While head lice do not jump or fly, they can move quickly from one head to another.

Head lice eggs, or nits, look like oval-shaped, white-ish brown specs, and are approximately the size of a poppy seed. If you are unsure if a white spec in the hair is a head lice egg or dandruff, blow on the spec, if it is easily dislodged it is dandruff; head lice eggs are firmly attached to the hair shaft with a glue-like substance, making them incredibly difficult to remove.
What do head lice look like in the hair?

As mentioned above, head lice look like tiny sesame seeds with legs, and reside mostly on the scalp and within the first ¼ inch of hair. Nits, or head lice eggs, will be firmly attached to the hair shaft close to the scalp. If a nit appears to be further than ¼ inch from the scalp, it is likely that it has hatched and only the shell remains. 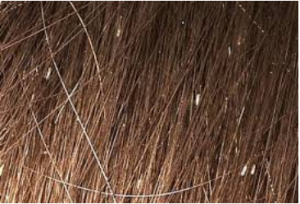 How to check for lice

To begin, seat the child (or, adult!) under a lamp or near a window to make spotting head lice and lice eggs easier; a magnifying glass can also be used. Focus on the nape of the neck and behind the ears, head lice prefer these areas as they are warm and a great place to lay eggs (nits)! For long hair, comb into 2 inch sections and search thoroughly. Be sure to wash any combs or clips to avoid spreading head lice from one person to another.

It takes approximately 30-35 days for a louse to complete its life cycle from nit through adult stage.
A female louse can lay up to 10 eggs (nits) per day. It takes 7-10 days for the nits to hatch.
The second stage of life is called the nymph stage. It takes 7-10 days before the louse becomes an adult and is sexually mature. 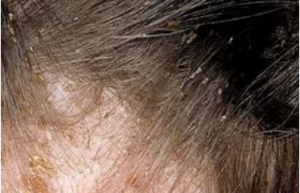 Head lice will molt three times before reaching their adult form. The term parasite is a correct description of the head louse but tends to mislead many people. Head lice derive nutrients by blood-feeding once or more often each day. The total blood loss incurred by a person with a relatively heavy infestation is so minimal as to be absolutely insignificant.

Lice may occasionally be an annoyance and their presence may cause itching and loss of sleep. The saliva and faeces of the louse may sensitise people to their bites and secondary infection may result from the consequent scratching. This is relatively unusual, so it follows that the worst you can acquire from an infested person is an infestation. A few lice on the head should not be a cause of alarm.

This leads us to the thorny question of whether infested children should be excluded from school. The best advice currently available suggests this is unwarranted. The number of secondary cases arising from any given case will be far lower than for infections due to cold and flu viruses.

We hear a great deal about head lice developing resistance to insecticides and it has become the custom in UK for pharmacists to periodically change the preparation stocked. This is an effective strategy but its purpose is not to prevent resistance developing, as often claimed, but to find an effective treatment in response to changing louse populations.

Any louse may by chance have the capacity to avoid, detoxify or eliminate toxins from its body. Those few individuals who survive then reproduce producing a population of lice that are less susceptible. Resistance is therefore not being developed, but a process of selection is operating leading to marked changes in the louse population.

It is still not widely appreciated that the majority of eggs (nits) on any head are inactive or empty. There is ample evidence that over-diagnosis (misdiagnosis) is common. Children in particular are often diagnosed as having an infestation when all they have are empty egg cases, earlier treatment having been effective.

A female louse may deposit more than 100 eggs at the rate of about six eggs per day, but only inseminated females will lay viable eggs. Unless eggs can be found within about 1cm of the scalp there is no justification for claiming active infestation. Finding the louse itself is unusual, and there are usually fewer than 12 on an infested head, although there may be hundreds of viable, dead, or hatched egg cases (nits) present.

SELECTION OF A TREATMENT

The first line of attack is usually shampoos containing permethrin or pyrethrins. Unfortunately these seem to possess very limited ovidical (egg-killing) activity. A second treatment is therefore indicated to target lice which hatch after the initial application. Failure with these products is generally due to failure to read and observe the instructions. Certainly in some studies conducted in the US, some

lice are resistant to permethrin. Doctors will then prescribe prescription strength pyrethoid (3-5 per cent). It is very unlikely that this approach will be successful since permethrin and pyrethrins are so similar in their actions. If lice are not susceptible at the normal concentrations they will not be susceptible at higher concentrations.

The second line of attack where resistance to permethrin or pyrethrins is encountered is generally the organophosphate malathion. This should be employed if live lice persist after two treatments with pyrethroid-based pediculicides.

For those wishing to avoid pesticide-based treatments for head lice, there are various homeopathic remedies showing some success in eradicating lice and nits. Combing the hair through twice weekly, parted into sections if long so lice cannot escape, using a nit comb, is a popular remedy. To make the hair easy to comb, coating it in conditioner mixed with a combination of tea tree oil, lavender oil or white wine vinegar seems to work well. There are also various combs on the market which are particularly good for removing lice, and over-the-counter preparations of essential oils for use alongside the comb. In addition, spraying the nape of the neck and behind the ears can be very useful if you have a child at a school with a current infestation, as a deterrent to the lice.