Scarring alopecia also known as cicatricial alopecia, refers to a collection of hair loss disorders that may be diagnosed in up to 3% of hair loss patients. It occurs worldwide in otherwise healthy men and women of all ages.

What Are the Different Forms?

This fact sheet focuses on the primary form. The primary form is defined by the type of immune cells involved. These immune cells inflame and destroy the hair follicle. They are called either lymphocytes or neutrophils. Sometimes, the process shifts between the two kinds of cells.

What Is the Cause?

The cause of cicatricial alopecia is not well understood. What is known is that redness, heat, pain, or swelling occurs at the upper part of the hair follicle. That is the place where stem cells and sebaceous (oil) glands are located. Stem cells are cells that can develop into different kinds of cells. If the stem cells and oil glands are destroyed, the hair follicle cannot regrow, and hair is permanently lost.

Scarring alopecia may also be part of a much larger condition such as chronic lupus erythematosus, where many organs of the body can be affected.

While there are many forms of scarring alopecia, the common theme is a potentially permanent and irreversible destruction of hair follicles and their replacement with scar tissue.

Most forms of scarring alopecia first occur as small patches of hair loss that may expand with time. In some cases the hair loss is gradual, without noticeable symptoms, and may go unnoticed for a long time. In other instances, the hair loss is associated with severe itching, burning, and pain, and is rapidly progressive.

The scarring alopecia patches usually look a little different from alopecia areata in that the edges of the bald patches look more “ragged.” The destruction of the hair follicle occurs below the skin surface so there may not be much to actually see on the scalp skin surface other than patchy hair loss. Affected areas may be smooth and clean, or may have redness, scaling, increased or decreased pigmentation, or may have raised blisters with fluids or pus coming from the affected area. 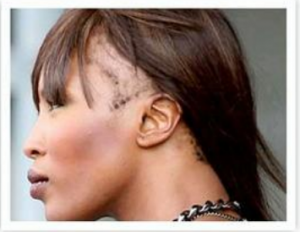 What Are the Symptoms?

How Is Cicatricial Alopecia Diagnosed?

A doctor may see a loss of hair follicles on the scalp and ask for a scalp biopsy. The biopsy provides information about which type of cell is involved, where and how much inflammation there is, and whether the oil gland is still there. It can also show other changes in the scalp. The biopsy helps the doctor diagnose the type of cicatricial alopecia, and how much there is. Then he or she can decide with the patient on treatment or therapy.

Other things the doctor will do:

These visual indicators may help with diagnosis, but it is difficult to diagnose a scarring alopecia just from the pattern of the hair loss and the nature of the scalp skin. Often when scarring alopecia is suspected, one or more skin biopsies are done to confirm the diagnosis and help identify the particular form of scarring alopecia. A small biopsy of 2 to 4 mm in diameter is taken and examined under a microscope. A doctor or trichologist will look for destruction of the hair follicles, scar tissue deep in the skin, and the presence and location of inflammation in relation to the hair follicles.

Often, the early stages of a scarring alopecia will have inflammatory cells around the hair follicles, which, many researchers believe, induces the destruction of the hair follicles and development of scar tissue. However, there is some argument about this among dermatologists, as sometimes a biopsy from a scarring alopeciaaffected individual shows very little inflammation.

Scarring alopecia almost always burns out. The bald patches stop expanding and any inflammation, itching, burning, or pain goes away. In this end stage, another skin biopsy usually shows no inflammation around hair follicles. Bald areas usually have no more hair follicles. Sometimes, though, hair follicles, at least those at the periphery of a bald patch, are not completely destroyed and they can regrow, but often all that is left are just a few longitudinal scars deep in the skin to show where the hair follicles once were.

Scarring alopecia can involve a lot of damage and permanent hair loss. For this reason treatment of scarring alopecia should be quite aggressive. The nature of treatment varies depending on the particular diagnosis. Scarring alopecias that involve mostly lymphocyte inflammation of hair follicles, such as lichen planopilaris and pseudopelade, are generally treated with corticosteroids in topical creams and by injection into the affected skin. In addition, antimalarial and isotretinoin drugs may be used.

For scarring alopecias with inflammation of mostly neutrophils or a mixture of cells, the typical treatment involves antibiotics and isotretinoin. More experimentally, drugs like methotrexate, tacrolimus, cyclosporin, and even thalidomide have been used to treat some forms.

Once a scarring alopecia has reached the burnt-out stage and there has been no more hair loss for a few years, bald areas can be either surgically removed if they are not too big or the bald patches can be transplanted with hair follicles taken from unaffected areas.

What Research Is Being Done?

Researchers are working to better understand the inflammation and inflammatory cells that target and destroy the hair follicles. One of the most promising areas of research in the form of the disorder called lichen planopilaris (LPP) suggests that inflammation may result from changes in the lipid and metabolism in the oil glands.

Specifically, the loss of function of a protein called peroxisome proliferator-activated receptor gamma (PPAR-γ), which regulates fatty acid storage and glucose metabolism. This leads to the abnormal processing and buildup of lipids, triggering inflammation, which results in scarring and destruction of the hair follicle. A new approach to treatment for LPP may be drugs to block PPAR-γ. These medications are already in wide use for the treatment of type 2 diabetes. 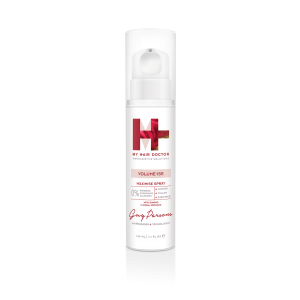 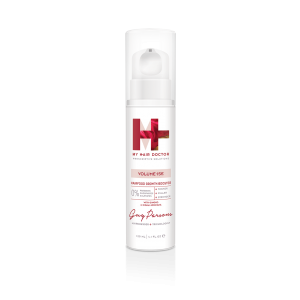